The match started out quite a cagey affair, with the teams sharing possession and chances.

Rastrick grabbed a goal to make the score line 1-0 to Rastrick heading into halftime.

In the second half, Rastrick quickly went 2-0 up with a well-worked goal from the midfield, but Warley came back full force grabbing two goals in quick succession to level the scores. One from open play and one from a penalty.

In the final 15mins of the match, Rastrick stepped up a gear and powered their way through to a 4-2 victory with some fabulous football.

The match had everything, great saves from both keepers, some cracking goals, a penalty and some terrific football on display from both teams.

At the final whistle, the players and coaches shuck hands and congratulated each other on what was a fantastic event, with both sets of fans applauding the effort from both teams. Football played and observed in the right way – positively.

The victory puts the icing on the cake of what has been another fantastic season of football at Rastrick Junior Football Club.

The club would like to thank the players for their tremendous effort and reminding us that if we work hard and work together, we can achieve our goals and be part of something special.

We’d also like to thank the staff and volunteers at Huddersfield Macron Junior Football League and the West Riding County FA for their continued support and hard work, the young referees on the day who were very professional, and of course all of the parents, families, supporters and volunteers at Rastrick Junior Football Club for helping to create a fantastic environment for our children to play the sport they love.

Team photo from left to right: 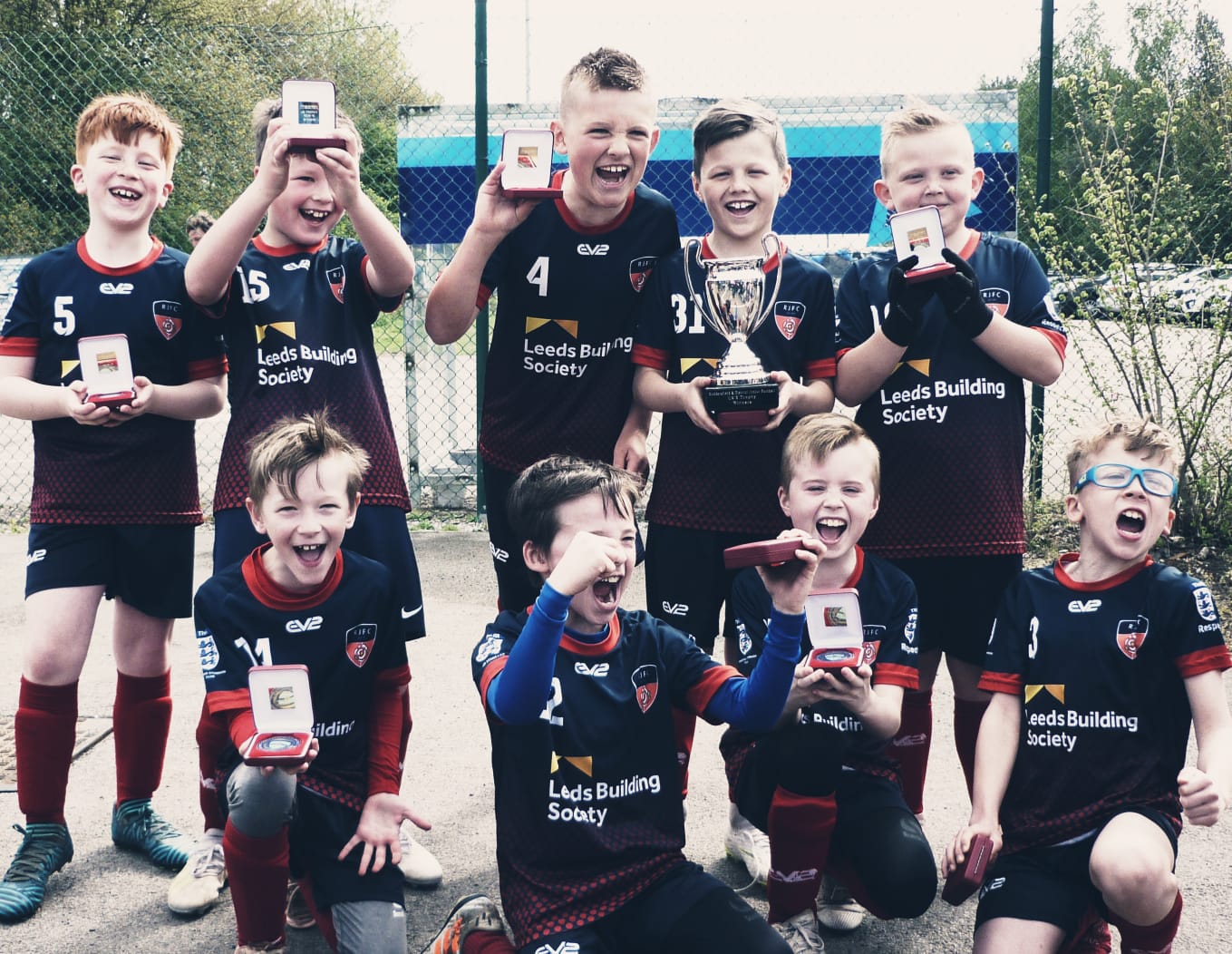 A fantastic day at the Brighouse Gala, raising a massive amount towards the club’s contribution to the clubhouse. Many thanks to all those who volunteered, especially Mark and Sandra ! ... See MoreSee Less